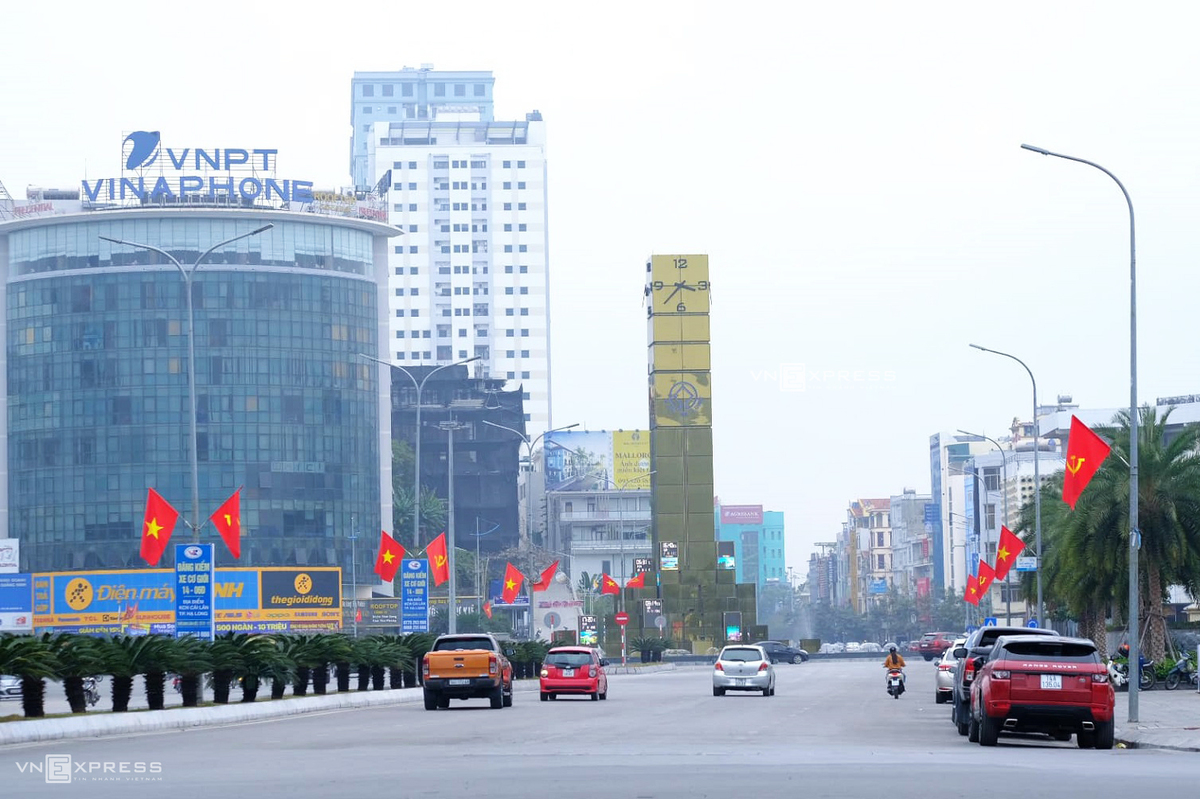 The 28-m high clock tower in Bach Dang Ward at the intersection of major streets like Tran Hung Dao and Le Thanh Tong stands out with its yellow tempered glass. This renovation of the old Hon Gai clock tower was done in 2017.

Ha Long is the political, economic and cultural center of Quang Ninh Province, about 150 km from Hanoi. It has a bay area with the same name that has been recognized by UNESCO as a world natural heritage site.

The photographs are taken from a collection that Ha named “The beauty of Ha Long.” 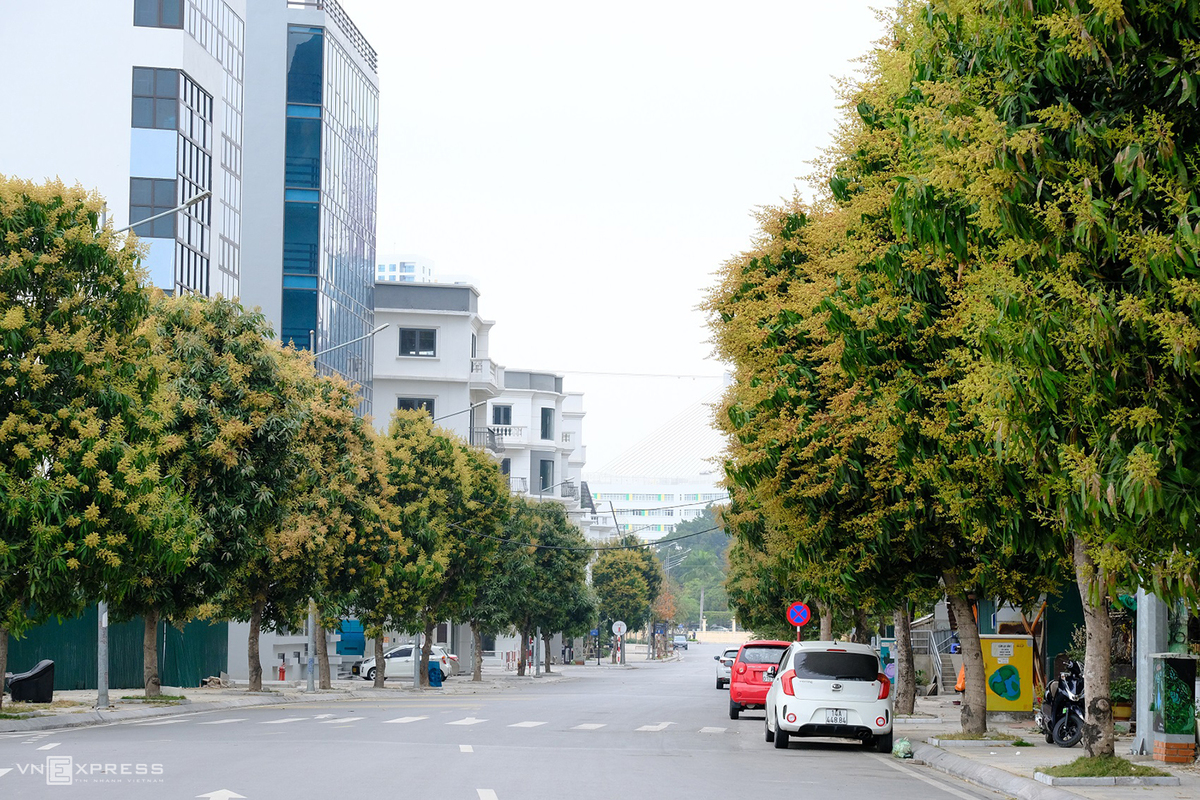 A section of Tran Quoc Nghien Street, about 1.5 km long, with mango trees in full bloom on either side. 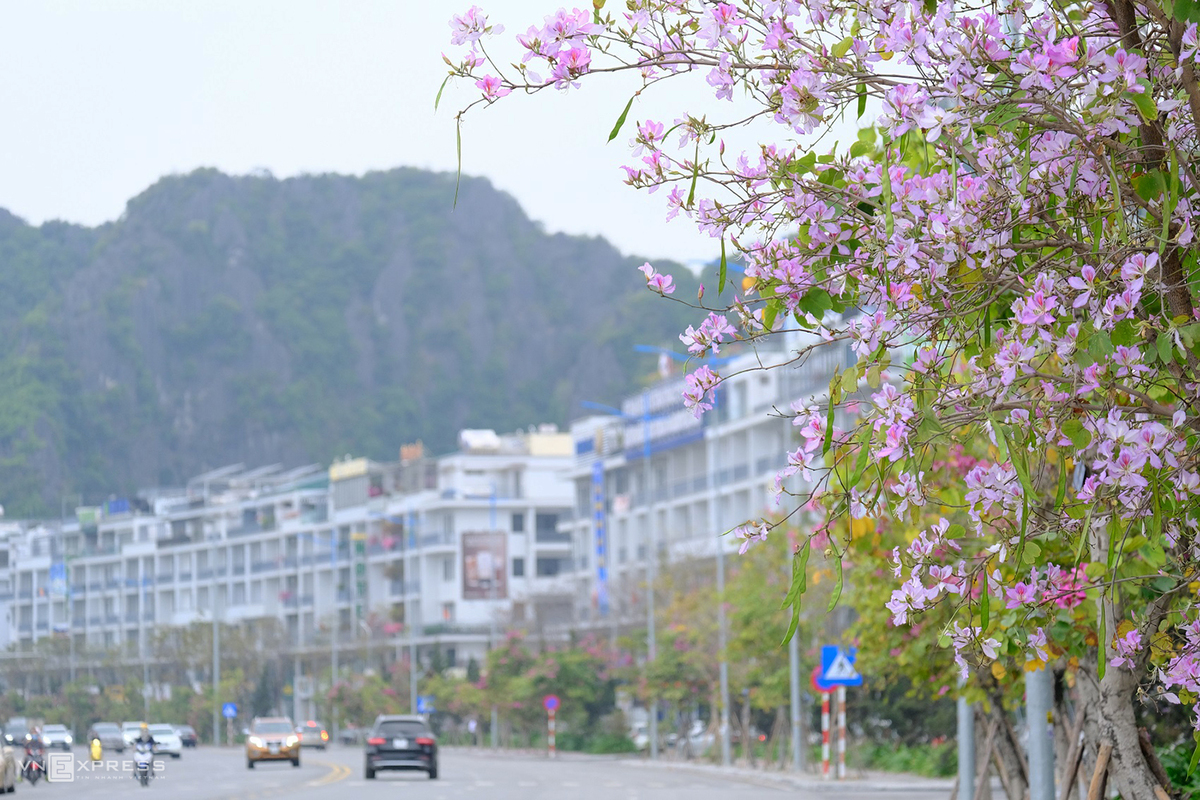 Purple ebony flowers are an attraction on another section of Tran Quoc Nghien Street. 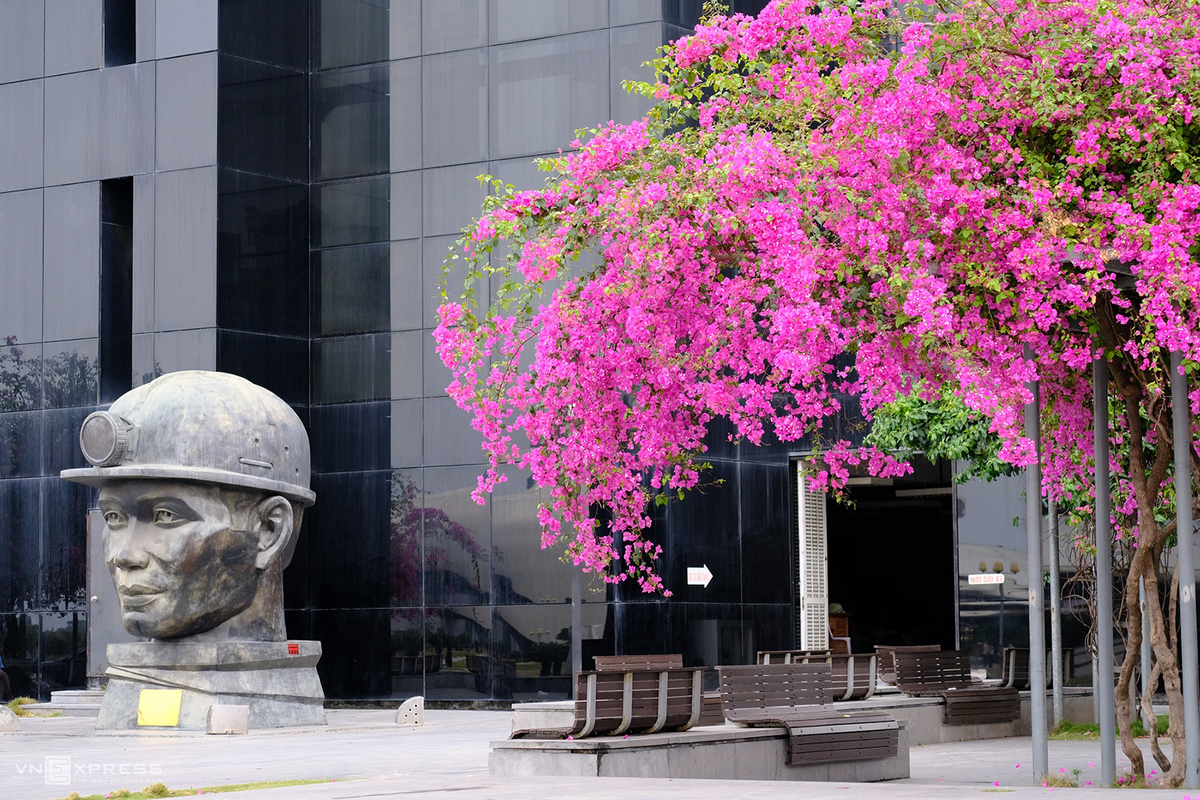 The above photograph captures floral, architectural and sculptural attractions.

The pink bougainvillea flowers are blooming outside the Quang Ninh Library-Museum in Hong Hai Ward.

With its black building that symbolizes a signature product of Quang Ninh, coal, and an impressive sculpture of a miner, this spot is a favored for photographers. 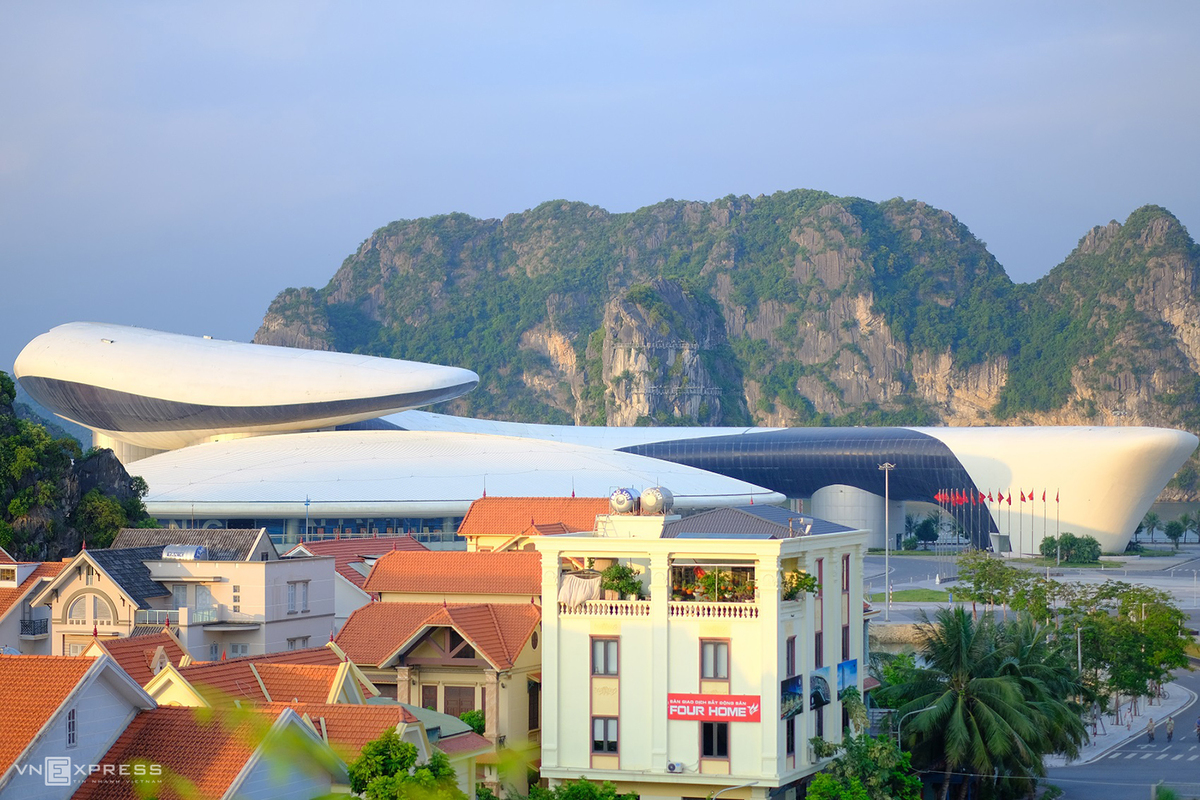 Another standout architectural creation in the port town and the province is the Quang Ninh Exhibition Center on the banks of Ha Long Bay. The work, designed by the world-famous Spanish architect, Salvador Perez Arroyo, is also known as the Dolphin Palace.

The Dolphin Palace, together with the Quang Ninh Library-Museum and October 30 Square, create a specially beautiful architectural ambience on the coastal road. 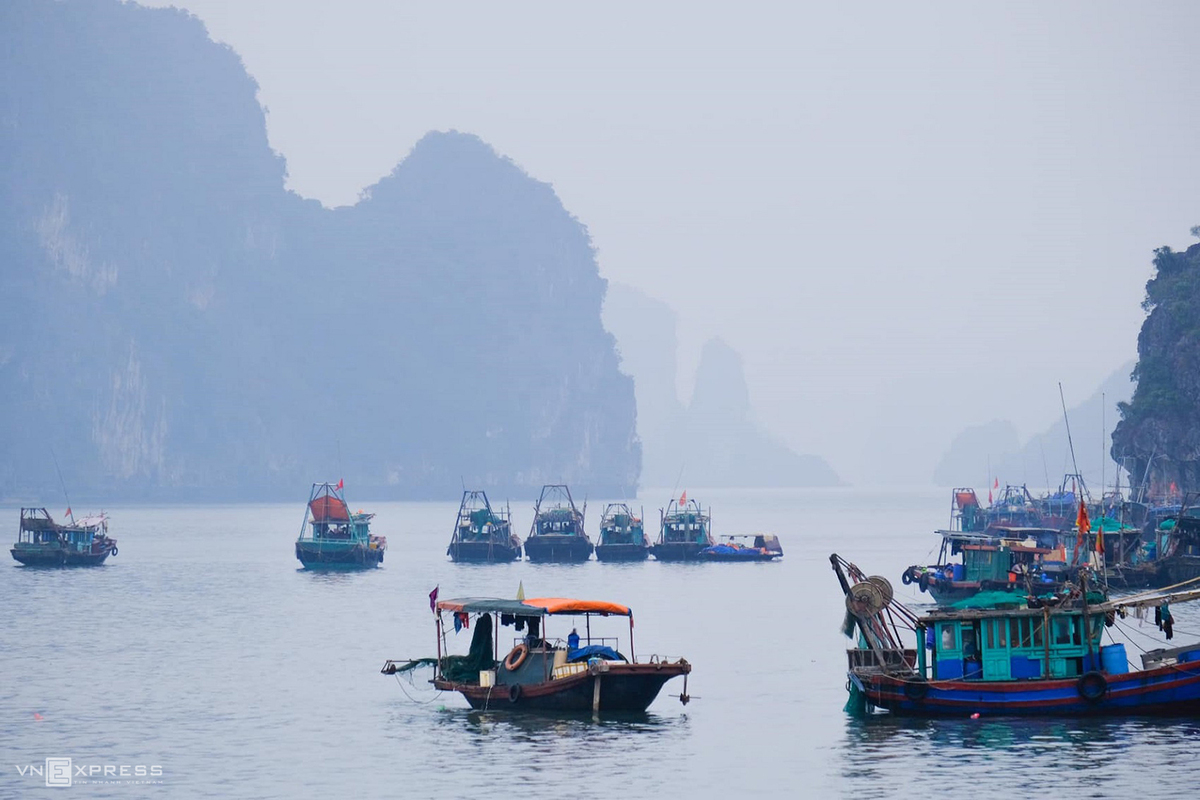 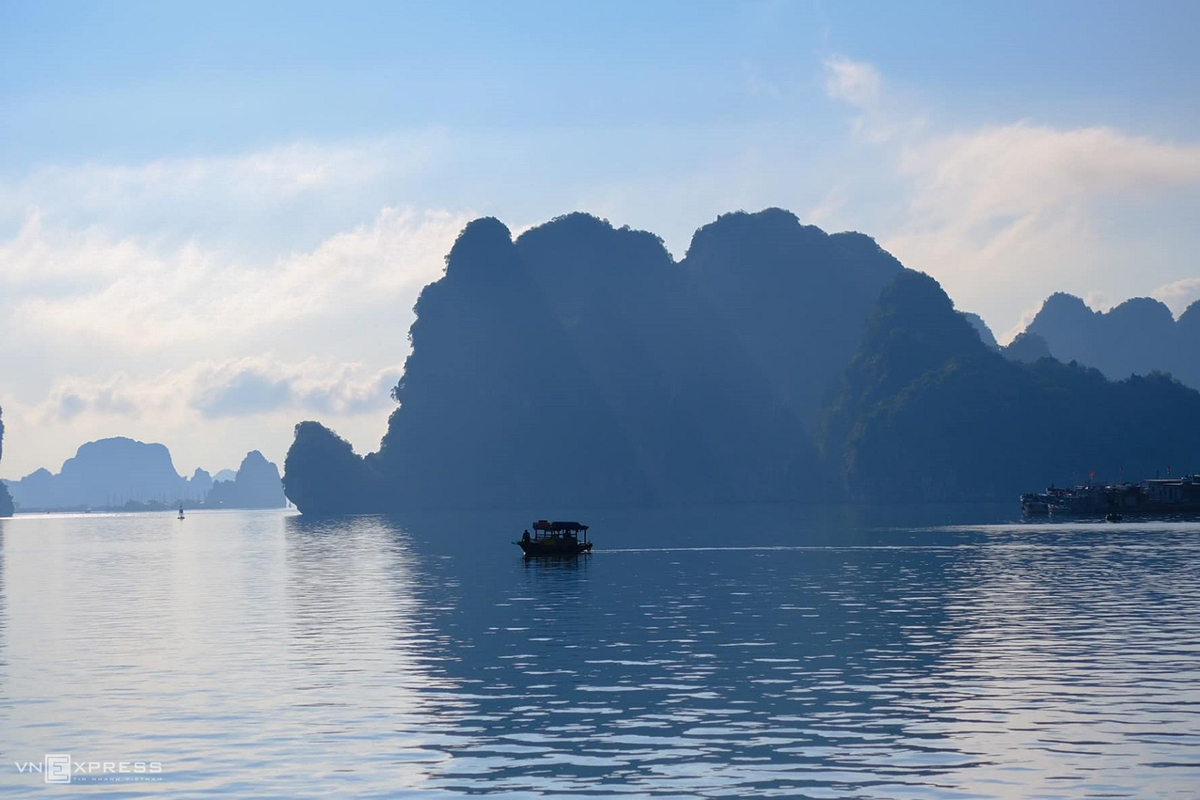 Ha Long Bay has over 2,000 limestone islands of all sizes and shapes, 900 of which have been named. 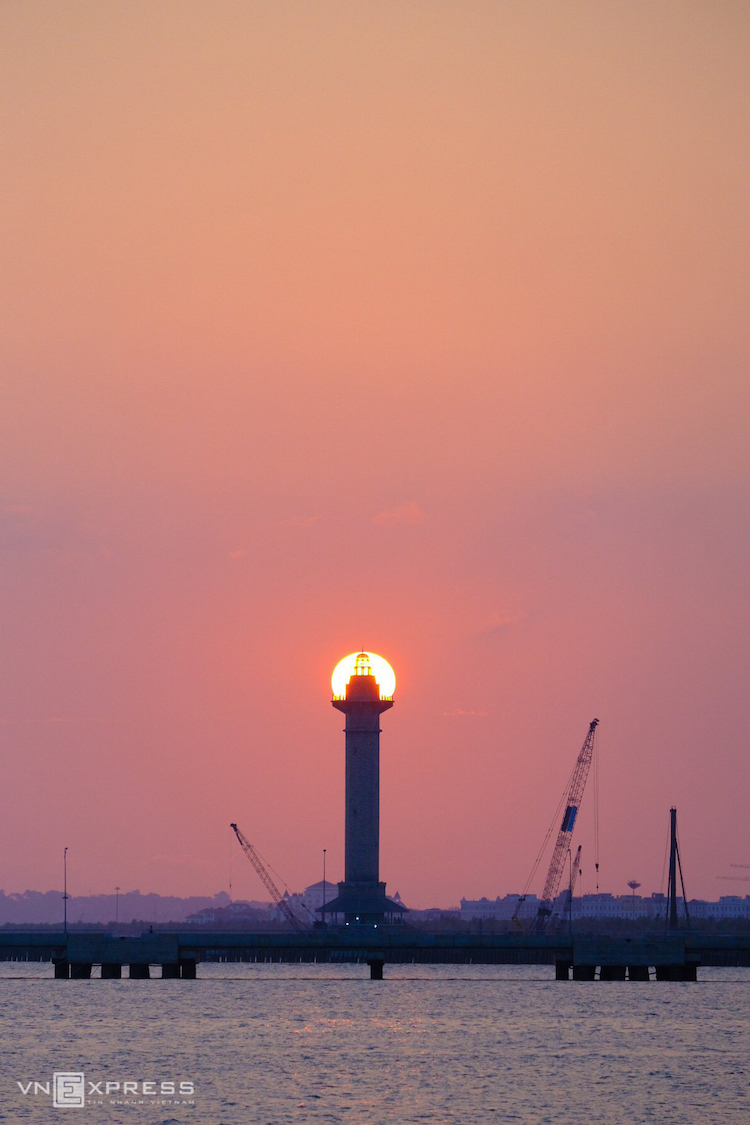 In 2012, CNN voted Ha Long as one of the most beautiful places to watch the sunset in Asia.

The news channel described Ha Long Bay as one of the destinations where visitors can travel by boat to admire the ocean and sky all day and night.